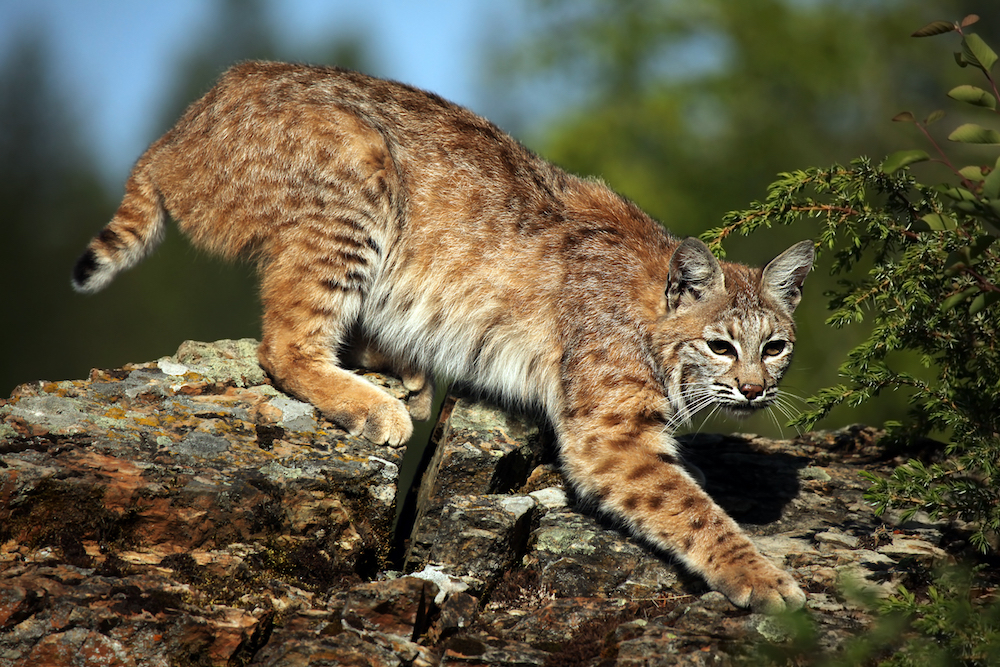 At approximately 8:00 am today, April 18, a bobcat reportedly attacked a horse in Baltic.

Subsequently, at about 8:30 a.m. a bobcat attacked a golfer at the Mohegan Sun Golf Course in Baltic. Another member of the golfer’s team was able to drive the bobcat off.

The golfer was transported to Backus Hospital for treatment of lacerations. His condition is unknown.

The horse received lacerations to the neck and eye and is currently being treated by a veterinarian for its injuries.

DEEP Environmental Conservation (EnCon) Police were called to the scene. They successfully tracked and humanely euthanized the animal nearby. The bobcat was transported to UConn Medical Lab for testing. DEEP believes this bobcat is the one involved in both attacks this morning.

Bobcats are shy secretive animals; attacks on humans are extremely rare. The last reported incident was in Bozrah in late August, 2014. That animal was found to test positive for rabies.

Bobcats are common in Connecticut and found in most towns throughout the state. They are secretive, solitary and seldom observed, tending to hunt and travel in areas of thick cover. Compared to many wildlife species, bobcats rarely cause conflicts with human activities and rarely contract rabies. DEEP recommends that if you encounter a bobcat, you should keep your distance, make noise and back away from the animal. For more information visit: www.ct.gov/deep/bobcatfacts