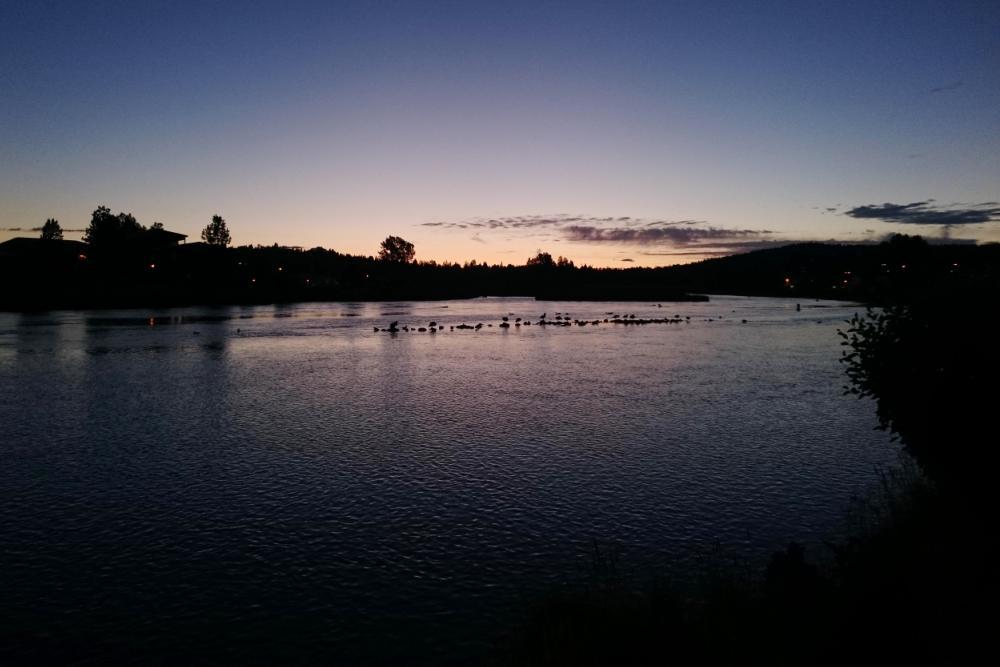 At the recent 9th Annual St. Louis River Summit held in Superior, Wisc., it was announced that the U.S. Environmental Protection Agency (EPA) agreed with the states’ recommendations to remove the Fish Tumors and Other Deformities Beneficial Use Impairment (BUI) identified for the St. Louis River Area of Concern. This accomplishment is another step toward the AOC’s entire delisting, which is targeted for 2025.

The BUI removal comes after years of sampling to learn whether fish tumors and other deformities are more common in the AOC. Research on White Sucker fish in the St. Louis River AOC showed low rates of fish tumors and other deformities. These positive results led the Wisconsin Department of Natural Resources and the Minnesota Pollution Control Agency to recommend removal of this particular BUI. The EPA agreed that the BUI removal goal was achieved for the area. Coincidentally, this BUI removal helped EPA meet their Great Lakes Restoration Initiative Action Plan.

Researchers sampled fish in 2011, 2013 and 2015. Evidence confirmed that the tumor incidence rate was not significantly different between the river and Lake Superior. Further, the St. Louis River AOC tumor rates were lower than other studied sites in the Great Lakes. The age and gender of the fish were found to be more important factors for fish tumor development.

Because of these findings, the Fish Tumors and Other Deformities BUI has been removed from the St. Louis River AOC. Documentation of this decision can be found on the Wisconsin Department of Natural Resources website.