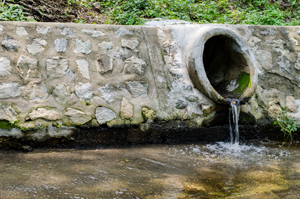 Courtesy of Shutterstock
The Delaware Department of Natural Resources and Environmental Control has issued an emergency order suspending shellfish harvesting from the Delaware Bay.

DNREC Secretary David Small issued the order Feb. 7 after a Kent County sewage pump station in Dover spilled hundreds of thousands of gallons of untreated wastewater into the St. Jones River, a release on the state's website said. DNREC also advised against recreational use of the St. Jones River from its upper reaches of Silver Lake in Dover to Bowers, where it flows to the bay.

The spill was caused by a force main repair near Magnolia in Kent County’s sanitary sewer system that resulted in an overflow at the Dover pump station, the release said.

The closure and shellfish harvesting restrictions will continue for three weeks after a determination has been made that the wastewater discharge has stopped.

“Due to the health risks associated with untreated wastewater, the Delaware Bay will be placed under an emergency shellfish harvesting closure to protect public health," the release said. "This shellfish closure only impacts the harvest of bivalve molluscan shellfish (clams, oysters and mussels), and does not affect the legal harvest of other shellfish species such as crabs and conchs.

“Currently there is no commercial oyster harvest occurring in the Delaware Bay and little-to-no recreational harvest occurs this time of year,” the release said.