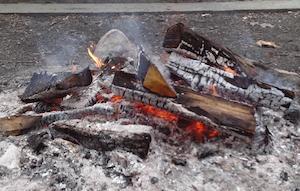 The U.S. Environmental Protection Agency has lifted its ban on outdoor open burning on the Yakama Reservation in Washington state as a result of better weather conditions and less air pollution.

Stagnant air conditions and elevated air pollution in early January prompted the EPA to institute the burn ban that included all outdoor and agricultural burning within external reservation boundaries, although ceremonial and traditional fires were excluded, the EPA said in a recent news release.

The Yakama Reservation was asked to cut down on “all sources of air pollution as much as possible, including excess driving and idling of vehicles, and the use of wood stoves and fireplaces, unless they are the only adequate source of heat,” the release said.

The ban was lifted Jan. 30, the release said.