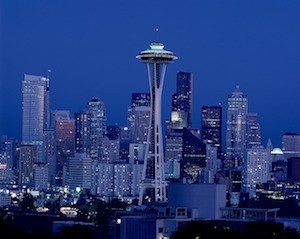 The Competitive Enterprise Institute (CEI), a Washington-based think tank, recently criticized a rule put forth by the Seattle Department of Finance and Administrative Services that would see ride-share drivers operate under collective bargaining,

The CEI submitted public comments urging the department to withdraw or modify the rule in light of concerns about union voting and membership and ride-share driver privacy. According to the institute, the rule's requirement that drivers complete a certain number of rides before voting for union leadership would not ensure proper representation. CEI also criticized the requirement of union membership and collective bargaining, arguing that it limits driver independence. Finally, the group expressed concern that the rule puts driver's personal information, and therefore privacy, at risk.

“Seattle regulators should reconsider plans to impose new, unfair collective bargaining rules on people who drive for companies like Uber and Lyft,” CEI Policy Analyst Trey Kovacs, who specializes in labor policy, said. “The new rules would force drivers to pay fees to a union they have no say in selecting and put drivers’ privacy at risk. These rules jeopardize the flexibility, freedom, and extra income that drivers want and need.”

CEI recommends that the department modify the rule to have a narrower scope.