Port of Oakland posts increase in use of local workers 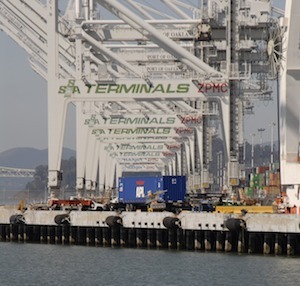 The Port of Oakland, in Oakland, California, recently said that 60 percent of its workforce last year come from the local communities in Alameda and Contra Costa counties and earn a collective $6.5 million.

“The Port of Oakland contributes to the local economy by being a major job creator,” Port of Oakland Director of Social Responsibility Amy Tharpe said.  “We work closely with the general contracting community to ensure that they are doing everything possible to support local hiring.”

The Port of Oakland has been committed to increasing local hiring for more than a decade, beginning with the adoption of 2000's Maritime Aviation Project Labor Agreement (MAPLA), which was updated in February 2016. The agreement, which is a collective bargaining agreement between public agencies, contractors and local labor organizations, works to provide more local employment and a more stable project labor force.