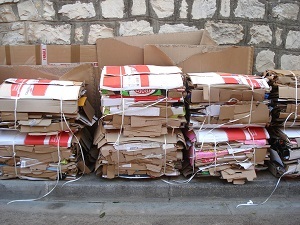 “Delaware has made great strides in universal recycling: establishing a system that provides services that are cost-effective and convenient for every residence and business, and that promotes jobs and economic growth,” Markell said. “As a result, in less than six years, we have gone from modest recycling statewide to diverting nearly 43 percent of recyclables from our landfills -- ranking among the nation’s leaders in recycling. The grants we are announcing today make it possible for us to increase diversion rates even more.”

The latest round of funding is the sixth annual year of a competitive, matching grant program that has seen the state issue 112 grants with a total value of more than $8.5 million.

“At the outset of his administration, Gov. Markell made recycling a priority for Delaware,” DNREC Secretary David Small said. “I want to thank the governor, under whose leadership Delaware’s Universal Recycling Law, policies and programs have reduced landfill waste, conserved natural resources, saved Delawareans money, reduced greenhouse gases and improved the health of residents. As a result, 347,000 households receive curbside recycling service and an estimated 20,000 multifamily households receive recycling collection.”