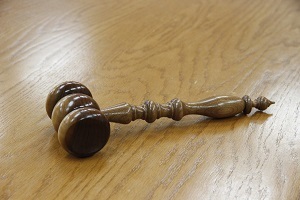 New York Supreme Court rules in favor of CEI in dispute with state attorney general | Courtesy of Shutterstock
The Supreme Court of New York recently ruled in favor of the Competitive Enterprise Institute (CEI) in a case regarding a Freedom of Information Law (FOIL) request issued by the CEI to the New York Attorney General’s office.

“CEI's court victory is a blow to the anti-free speech campaign led by New York Attorney General Eric Schneiderman,” CEI General Counsel Sam Kazman said. “While the campaign by him and his cohorts that began in March continues against those who disagree with him on global warming, we are glad to see that it is being held subject to the basic laws of the land. By requiring Schneiderman to fully comply with our freedom of information request, the court is ensuring that agencies cannot use shortcuts as a means of skirting New York's Freedom of Information law.”

The New York Supreme Court characterized the Attorney General's efforts to have the case dismissed as a complete failure -- and ordered the office to respond to CEI’s FOIL request in 30 days in a way that fully complies with the statute.