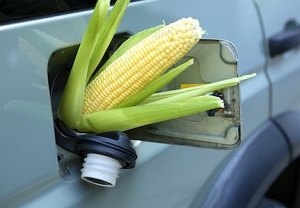 U.S. senators will work next year to address the renewable fuel standard (RFS), with some calling for it to be repealed, U.S. Sen. Bill Cassidy (R-LA) said.

Senators will work with the new administration to “finally address this flawed, unworkable program once and for all,” Cassidy, who introduced a bill earlier this year to repeal the standard, said.

“The RFS is broken and Congress must revisit this decade-old failed government fuels mandate which has failed to achieve the goals upon which the program was premised upon,” John Cummins, press aide to Cassidy, told EP News Wire.

“EPA’s recent announcement regarding a 2017 final rule ignores reality and proposes to further increase the amount of ethanol which can be safely blended into the U.S. fuels market,” Cummins said in an email statement.

Cassidy said he believes the repeal of the federal fuel mandate is one such approach which still garners bipartisan support.

“(Sen.) Cassidy was proud to sponsor this bill in this Congress and will be considering its reintroduction after Congress is sworn in next year,” Cummins said.

“There are other approaches which recognize the blend, including capping the amount of ethanol to be introduced into the market as well sun-setting the program which merit consideration," Cummins said. “Cassidy looks forward to working with his colleagues in the Senate as well as the incoming administration next year to finally address this flawed, unworkable program once and for all.”

Cassidy introduced S1584 to repeal the RFS, which was introduced in 2007 and mandates the use of a certain percentage of ethanol in fuel tanks. A bill, HR703, was introduced in the House by U.S. Rep. Bob Goodlatte (R-VA) and has 67 co-sponsors.

The fuel standard is opposed by the oil industry and some environmentalists. The former believes it has many problems, including that the use of the ethanol blend damages engines and risks consumer safety.

Environmentalists say that the manufacture of  corn-based ethanol uses up water and other resources.
Army Capt. James McCormick, (retired), bronze and silver star recipient and program director of Vets4Energy, an organization that claims to promote all sources of energy production, said the RFS is “a perfect example of how a well-intended program ends up ... as a complicated, archaic and costly regulation that in the end, does more harm than good.”

“Sure, the cost of just proving how much ethanol gets mixed into our fuel increases the cost we pay for gasoline,” McCormick  said. “And more importantly, putting more than 10 percent ethanol into our fuel supply could cause our military engines to fail at critical moments.”

“America no longer has oil scarcity," he said. "The best way to reduce our reliance on imports is by increasing domestic production. This is no longer the oil embargo days that many Americas do not even remember. We have plenty of oil and natural gas here.”