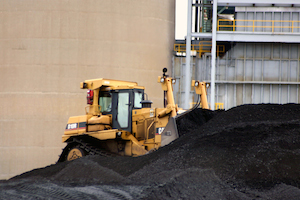 President-elect Donald Trump’s promises to kill off a clean power plan, refuse to ratify the Paris climate accord and support proposed measures to boost the use of fossil fuels are being warmly welcomed by many.

Supporters of these proposed measures are delighted and argue these steps will be a huge boost for the energy sector and create jobs.

But views of opponents, including environmentalists and economists, range from believing the actions will be a disaster for the planet and country to simply being economically wrongheaded.

“With control of the White House and Congress, President Obama’s coal-killing Clean Power Plan is likely history,” Christopher Helman said in a post for Forbes magazine. “The EPA will be declawed.”

President Trump will root his efforts to make America great again in vast infrastructure projects, tax cuts and pro-business policies that he says will result in millions of new jobs and economic growth, Helman said, adding that the actions will be great for fossil fuel producers.

“The U.S. will not ratify the Paris climate accord, and there will be no chance of a federal carbon tax or cap-and-trade regime,” Helman said. “That’s good news for coal miners (like Foresight Energy) and owners of coal-fired power plants. Bad news for environmental zealots."

Helman also cited billionaire oil businessman Harold Hamm, who told Forbes: “On day one, he will commence by undoing the onerous regulations placed on every industry in the past eight years.”

The plan is currently the subject of litigation in federal court. The U.S. Court of Appeals in Washington, D.C., heard oral arguments for and against the forced implementation of the plan in all states.

Twenty seven states and several business groups argue the EPA is exceeding its authority under the Clean Air Act. But many states are already implementing the plan, and 18 states and the District of Columbia defended the EPA against the challenge.

The plan requires states to develop strategies for reducing carbon dioxide emissions from existing power plants. Overall, the rule aims to slash power plants' carbon emissions by 32 percent from 2005 levels by 2030.
David Spence, professor of law, politics and regulation at the University of Texas at Austin, said Trump’s support of coal, and a promise to bring jobs, defies market trends.

In a piece published by Fortune magazine, Spence argued that while the repeal of the Clean Power Plan could delay the closure of coal-fired plans, allow them to avoid installing costly new equipment to cut emissions and only delay their demise.

“But these delays will have only a marginal effect because coal-fired power will find it increasingly difficult to compete in modern electricity markets,” Spence wrote.

"Utility-scale wind, solar and natural gas fired power are each cheaper today than coal-fired power and that gap is growing wider,” he argued.

“Irrespective of federal regulation, these competitors will continue to crowd out coal," Spence said. "Even in states that wish to favor coal-fired power, it will be difficult to convince ratepayers that they ought to pay more for electricity from coal than they could pay for electricity from alternative sources.”