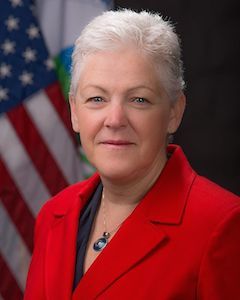 “Nearly 200 nations came together to take a historic step in combating climate change,” McCarthy said. “After years of hard work and difficult negotiations, a global commitment to protecting our planet brought us to this moment. Amending the Montreal Protocol will significantly phase down HFCs and avoid up to a half-degree centigrade of warming by the end of the century.”

HFCs are currently used in refrigeration and air conditioning applications and their emissions are thousands of times more potent than carbon dioxide, making HFCs significant contributors to global warming.

“While we have seen many significant successes under President (Barack) Obama’s leadership in fighting climate change, this day will unquestionably be remembered as one of the most important in our effort to save the one planet we have,” McCarthy said. “It is truly an exciting time for all of us who have worked so hard to achieve this new level of success, and as head of the U.S. delegation, I could not be more delighted with the outcome of the negotiations and our collective resolve. The prospects for the future of our planet are bright.”