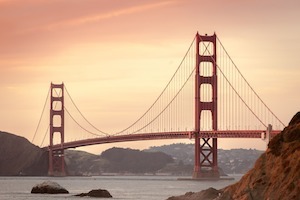 The Environmental Protection Agency said recently that Southern Counties Oil Co. (SC Fuels) has agreed pay a civil penalty of $75,000 following a settlement related to alleged violations of federal oil pollution prevention regulations in San Jose, California.
EPA investigators cited the company for failing to take proper measures to prevent and control spills at its San Jose petroleum bulk storage and distribution plant, which is just 500 feet from a creek that runs into the San Francisco Bay. During a March 2015 inspection, the EPA found that the facility did not have adequate secondary containment around it tanks, did not have accurate descriptions and locations of its tanks, did not regularly inspect its tanks and did not have approval for its spill prevention, control and countermeasure plan.
“Companies operating near our waterways must implement detailed oil spill prevention plans,” Kathleen Johnson, enforcement division director for EPA’s Pacific Southwest Region. said. “Today’s action is taken to protect San Francisco Bay from potential spills.”
In addition to the $75,000 fine, SC Fuels has also brought its San Jose facility into compliance with federal regulations.