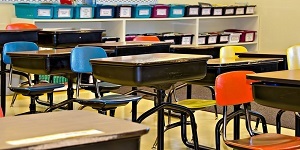 Several schools in Gary, Indiana, will have light fixtures that may contain polychlorinated biphenyls (PCBs) replaced as part of a settlement involving the U.S. Environmental Protection Agency and Heritage-Crystal Clean LLC of Elgin, Illinois.
The settlement provides $400,000 for new energy-efficient lighting at numerous schools. Heritage-Crystal Clean reportedly violated the EPA’s rules in regards to handling PCBs. The settlement also calls for the company to pay a $100,000 fine.
In 1978, the EPA banned the production of PCBs, which were often used in cooling oil for electrical transformers, paints, plastics and industrial equipment. The chemical class was banned because PCBs cause cancer in animals and are believed to be carcinogens in humans. More than 1.5 billion pounds of the chemicals were manufactured in the United States.