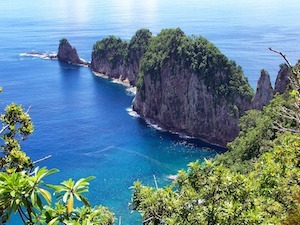 The ASEPA’s project priorities include assessing the health of watersheds, streams and coral reefs, as well as developing a training toolkit that will allow for better monitoring of America Samoa’s ecosystems. The agency is also prioritising protection of the Faga’alu Watershed and coastal waters, coral reefs and indigenous biota. The ASEPA will work to extend potable drinking water to all residents and remove the boil water notices on Tutuila. It will also launch education campaigns, both for farmers, focusing on pesticide application, and for the general public, focused on anti-litter messages and the Keep America Samoa Beautiful Campaign.

Finally, the agency is prioritising cleanup of contaminated sites and inspection of underground and above-ground fuel storage tanks.