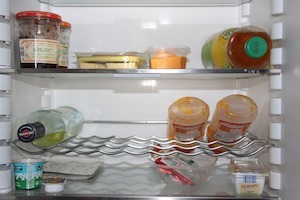 “We have serious concerns about this rule’s impact on American businesses and consumers, and we also believe that it exceeds the agency’s statutory authority by establishing a new and expansive global warming program never intended by Congress,” Olson and Chabot, who serve as vice chairman of the Energy and Power Subcommittee and chairman of the Small Business Committee, respectively, said.

The prposed rule would affect residential refrigerators and other equipment and is the EPA’s second proposed regulation to limit the use of HFCs in refrigeration and air-conditioning equipment. The representatives’ letter to McCarthy questions both the feasibility and benefits of the proposed rule and the agency’s authority to regulate refrigerants.

“These proposed regulations could have a chilling effect, and not the kind you want, on manufacturers and consumers alike,” Olson said. “We have a number of questions about EPA’s legal authority to restrict these refrigerants and whether doing so makes sense. We also need to know more about the actual environmental impacts of the proposed rule.”