Consumer interests under threat if RSF proposals are introduced 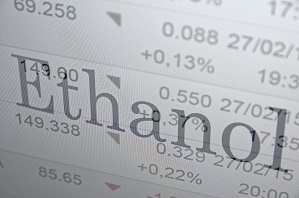 Consumer interests are at stake if the renewable fuel standard (RFS) is not scrapped, or radically reformed, a writer who pens the American Petroleum Institute’s (API) blog recently declared.

But the API fears the proposals will lead to levels of ethanol that could cause damage to vehicles.

“EPA’s proposal relies on unrealistic increases in the sales of higher ethanol blends, despite the fact most cars on the road today aren’t warrantied for them and that U.S. motorists have largely rejected them,” Mark Green, who writes the API’s Energy Tomorrow Blog, said.

“More broadly, EPA also appears tone deaf to the concerns of American voters,” Green wrote. “Polling last fall found that 77 percent of Americans are concerned that auto manufacturers have warned they may not provide warranty coverage for vehicle damage caused by ethanol fuel blends greater than 10 percent if the vehicle wasn’t specifically designed for it.”

Congress first established the renewable fuel standard with the enactment of the Energy Policy Act of 2005.

Two years later, the Energy Independence and Security Act of 2007 greatly expanded the biofuel mandate volumes and extended the date through 2022.

“One unsettling aspect of the federal RFS is that for some time it has appeared — from public statements anyway — that EPA considers the program an ongoing experiment," Green wrote.

He argued the EPA was testing the ability of government policy to change or modify the behavior of free markets and the fueling choices of individual consumers, with consumers as the guinea pigs.

“The results were logged in long ago: Flaws in the RFS and EPA’s management of the program mark it for repeal or significant reform," Green wrote. "RFS mandates for increasing ethanol use in the nation’s fuel supply threaten breaching the ethanol 'blend wall,' risking impacts to the broader economy and consumers’ wallets.”

The EPA proposals for 2017 levels will test the blend wall, the point where required use of ethanol in the fuel supply exceeds the safe level of 10 percent, the API contends.

The API argues the ethanol volume level shouldn’t exceed 9.7 percent, to ensure the availability of fuels that consumers want to buy, including ethanol-free gasoline.

Studies have shown this could damage engines and fuel systems in millions of vehicles in use today, Green wrote.