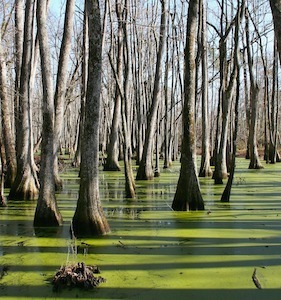 The Environmental Protection Agency (EPA) is nearing completion in the development of a federally implemented clean air plan for Arkansas, which will work to bring the state into compliance with the Clean Air Act’s regional haze rule.

The Arkansas Department of Environmental Quality (ADEQ) has been cooperating with the EPA for several months to create the plan, which will improve visibility in in the state’s Caney Creek, Upper Buffalo and Hercules-Glades Wilderness Areas, as well as the Mingo National Wildlife Refuge. The EPA steps in to implement a federal plan when state implementation plans do not meet federal requirements. The EPA will work with Arkansas to address deficiencies and allow ADEQ to replace the federal plan with an updated state plan.

The EPA plan will reduce emissions that generate haze and impact public health and the environment. This includes cutting nitrogen oxides (NOx) emissions by approximately 15,100 tons per year and sulfur dioxide (SO2) emissions by approximately 68,500 tons per year. SO2, through reactions with other compounds, forms fine particles that are damaging to visibility and public health, triggering respiratory illness, decreased lung function and premature death.

The wilderness areas covered under the plan are already showing signs of improved visibility.