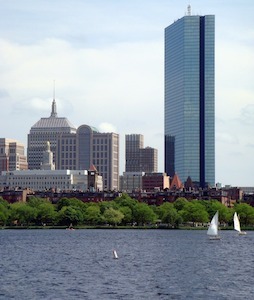 The Environmental Protection Agency (EPA) recently announced a water quality grade of B+ for Boston’s Charles River for 2015, marking a slight improvement from 2014, as the river nearly made an A-.

"EPA's grade tells all involved we've come a long way, but we've been plateaued at B+ for a while,” Charles River Watershed Association Executive Director Bob Zimmerman said. “With the end of the heated cooling water discharge from Veolia's Kendall Square electric generation this summer, and with our continued work with EPA on stormwater discharges to the Charles, I’m hopeful in the coming few years we’ll see the grade tick up meaningfully."

The river’s water quality has improved significantly over the past two decades thanks to the Charles River Initiative, which was launched in 1995 when the river earned a grade of D. At that time, it suffered from frequent Combined Sewer Overflow (CSO) discharges, which have been significantly reduced.

The EPA’s grade announcement coincides with the opening of an exhibit on the Charles River at the Museum of Science Boston.

"At the Museum of Science, we strive to empower our visitors to be informed science learners,” Museum of Science Exhibit Development and Conservation VP Christine Reich said. “We are excited about our partnership with the EPA, through the annual EPA Charles River grade announcement and the buoy in front of the Museum that provides the public with real-time data about the state of the Charles. Along with our new exhibition, the Yawkey Gallery on the Charles River, we hope these resources will inspire people to learn more about the world around them and better understand their relationship with the Charles River."