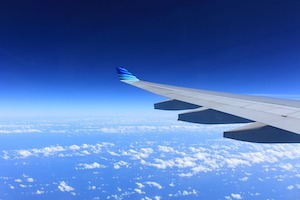 “Addressing pollution from aircraft is an important element of U.S. efforts to address climate change,” EPA Acting Assistant Administrator for Air and Radiation Janet McCabe said. “Aircraft are the third largest contributor to GHG emissions in the U.S. transportation sector, and these emissions are expected to increase in the future. EPA has already set effective GHG standards for cars and trucks and any future aircraft engine standards will also provide important climate and public health benefits.”

The EPA’s determination included carbon dioxide (CO2), methane, nitrous oxide, hydrofluorocarbons (HFCs), perfluorocarbons (PFCs) and sulfur hexafluoride (SF6), which, according to the EPA, primarily come from large commercial jet engines. While the determination does not include emissions standards, it is an important step for the agency towards setting GHG engine standards. That process will include public review and comment, allowing industry stakeholders and interested parties to provide their input on any new bills.

The International Civil Aviation Organization’s (ICAO) environmental committee created an agreement for international aircraft CO2 standards this February, which the EPA expects will be formally adopted by the organization in March 2017. The agency believes its standards would be as stringent or more so than the ICAO’s.