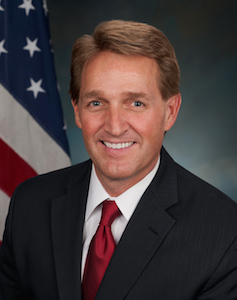 The Department of the Interior (DOI) recently reaffirmed its commitment to honor Arizona’s rights to the waters of Lake Mead, preventing other states from using that water through conservation efforts during the drought.

“Arizona can now rest assured that no other state will gets its hands on the water we have saved in Lake Mead,” U.S. Sen. Jeff Flake (R-AZ) said. “This is a big win for Arizona in the combined effort to combat the drought, prevent a water shortage, and ensure continued access to our share of the Colorado River.”

Flake serves on the Senate Energy and Natural Resources Committee, and has been working since an October 2015 committee hearing — wherein the matter of Lake Mead’s waters being taken by another state was raised — to ensure that the water conserved by Arizona would remain under Arizona’s authority. The DOI’s commitment to honor Arizona’s rights to the water came after a request from Sen. Flake earlier this month.