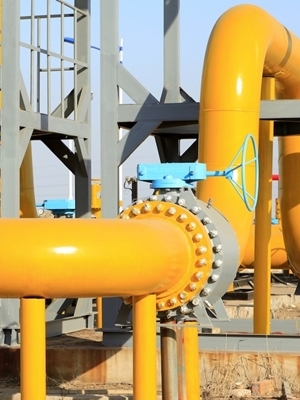 The Sierra Club’s attempt to stop the expansion of liquid natural gas (LNG) exports from terminals in Louisiana and Texas due to potential adverse environment impact was struck down recently by a federal appeals court.

The decision came in response to a lawsuit filed in D.C. Circuit Court by the environmental group against the Federal Energy Regulatory Commission (FERC), challenging its approval of Cheniere Energy’s Sabine Pass terminal expansion in Louisiana and the Freeport LNG terminal construction in Texas. The Sierra Club cited the Commission’s approval of this increased natural gas production as having a negative environmental impact.

While the court found the environmental group had grounds for a complaint, it was told it was barking up the wrong tree. The court advised the plaintiff to take the matter to the U.S. Department of Energy, which authorizes natural gas exports, rather than the FERC, which oversees export facilities (not the act of exporting).

This is likely the first skirmish in what will be a legal battle led by the Sierra Club, Don Briggs, president of Louisiana Oil & Gas Association, recently told EP News Wire. “In most cases these environmental groups raise havoc in communities and distribute false information,” Briggs said. “On the other side, the U.S. LNG industry will be able to take advantage of the terminal expansion by getting their product to the market that needs it. This ability to export gives the U.S. energy security and ability to have some control in the global market. This is good for not only our industry but our country.”

Louisiana and Texas, by way of geography, are extremely important to the energy industry of those states. Some contend that environmental groups’ attempts to block expansion can have the unintended consequences of weakening our nation’s energy security. “Any benefit of the Sabine Pass terminal’s proximity to the recently expanded Panama Canal would have been cut short,” Briggs said. “Consequently, that would stunt our presence in the world market.”

Briggs and others in the coastal energy community were pleased to see a ruling come from a court outside of Louisiana, which consistently receives a condemning review from the American Tort Reform Association. “The (federal) court’s decision upholds the notion that frivolous lawsuits, based on erroneous assumptions, cannot be justified,” Briggs said. “The legal system was set up to work and when you are not operating in a well-established judicial hellhole, such as Louisiana, that courtroom operates based on the impartiality the legal system was initially founded upon. We need more of that logic in our state.”

Those in the energy industry will likely view the recent court ruling as a game changer, spurring new investments in LNG facilities and a refocusing by current LNG terminals that have not previously been exporting. “The U.S. has been presented with a golden opportunity to become a real player in the global trade market of LNG with the expansion of the Sabine Pass terminal and the recent expansion of the Panama Canal,” Briggs said. “We believe that fair trade will give a balance to the LNG global market.”