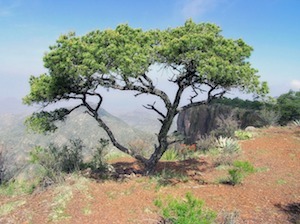 The Competitive Enterprise Institute (CEI) praised a recent decision from the U.S. Courts of Appeals for the Fifth Circuit, which stayed implementation of the Environmental Protection Agency’s (EPA) Regional Haze federal plan for Texas.

“The Court’s decision to stay implementation of the rule while it undergoes judicial review is a big win for common sense,” CEI Senior Fellow William Yeatman said. “EPA’s absurd plan would cost $2 billion and threatens electric reliability in Texas, in order to achieve an ‘improvement’ in visibility that is literally invisible.”

CEI said that if the plan was not stayed while the EPA’s plan is being challenged in court, the costs and timelines involved in its implementation might have made the case’s ultimate outcome irrelevant.

“Without the stay, the EPA could have gotten its way, regardless of whether or not the court ultimately found the Regional Haze rule to be unlawful, due to the fact that capital-intensive businesses like utilities have to plan on multi-year horizons,” Yeatman said. “Therefore, absent the court’s action on Friday, Texas utilities would have had to commit billions of dollars in unnecessary investments before the legal challenge ran its course. Thanks to the court’s wise decision Friday, EPA’s regulation will have to survive judicial review before it can go into effect. This is a welcome result for Texas, which will now have the opportunity to turn back this ridiculous regulation without first having to endure it.”