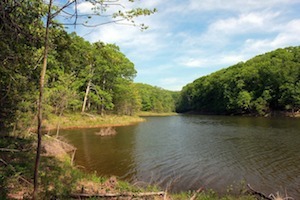 The Environmental Protection Agency (EPA) recently announced its partial decision of Missouri’s 2016 list of impaired waters, wherein it approves the 307 waters listed as impaired and the 16 water removed from the list.

The EPA’s decision also includes a proposal to add four waters to the list.

"Public waters are among the most valuable of natural resources that EPA and our state partners are dedicated to protect,” EPA Region 7 Administrator Mark Hague said. “The public has a role in this partnership, too, and we welcome all thoughtful comments on these proposed modifications.”

Pursuant to the federal Clean Water Act, the EPA reviews state’s lists of impaired waters, ensuring that they were created with a reasonable consideration of water quality data. Waters like lakes, rivers or streams are put onto the list based on pollution levels and on whether they can be used for activities like recreation, water supply and supporting aquatic habitats.

The EPA has proposed adding some waters to the list, using Missouri’s listing methodology, due to the presence of metals or biological conditions. The agency is seeking public comments on its proposal, which it will be accepting until Sept. 13.