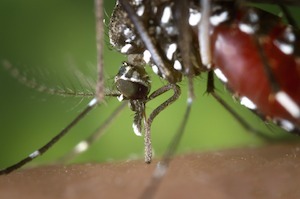 The Environmental Protection Agency (EPA) and Centers for Disease Control and Prevention (CDC) recently advocated for aerial spraying in Puerto Rico to help control mosquito populations and slow the spread of the Zika virus.

The government agency’s recommendation comes after multiple scientific studies in Puerto Rico, which show a rapid spread of the virus and the major risk it presents to pregnant women. They suggest that aerial spraying be used in concert with other methods to control mosquitos.

“Our recommendations for mosquito control in Puerto Rico are the same as our recommendations for mosquito control elsewhere in the United States — integrated pest management,” EPA Administrator Gina McCarthy said. “An integrated and comprehensive approach includes reducing places where mosquitoes lay eggs, keeping them out of houses, and reducing the populations of both larval and adult mosquitoes by treating areas with EPA-approved products. We strongly encourage the people of Puerto Rico to consider aerial spraying as this approach is safe for people and a proven way of controlling the spread of mosquitoes that transmit diseases from Zika to dengue to chikungunya.”