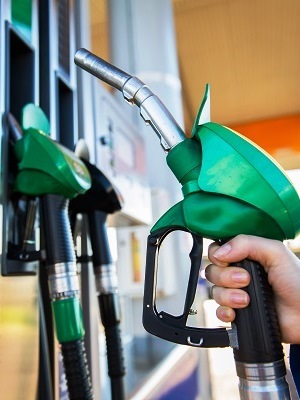 The National Council of Chain Restaurants (NCCR) is calling for Congress to repeal the “government-imposed” federal Renewable Fuel Standard (RFS) requiring billions of gallons of corn ethanol to be blended into the country’s gasoline supply each year, escalating to 36 billion gallons by 2022.

“The ethanol mandate effectively requires American consumers and everyone who operates a business in the food supply chain to pay a tax on the food they purchase,” NCCR Executive Director Rob Green wrote in a letter to the House Energy and Commerce Committee ahead of a June 22 committee hearing. “However laudable the mandate's intended goals, its downsides outweigh any possible benefits.”

The RFS originated with the Energy Policy Act of 2005. The mandate was expanded and extended by the Energy Independence and Security Act of 2007, which sought “to move the United States toward greater energy independence and security,” increase production of renewable fuels, protect consumers and increase the efficiency of products, buildings, and vehicles.

Green said Congress should repeal the “government-imposed” and “misguided” mandate.

“Congress should pass legislation to repeal the misguided Renewable Fuel Standard corn ethanol mandate and allow the free market to allocate corn to its most highly valued use at all times,” he said. “The RFS is a government-imposed mandate which distorts the free market and results in negative consequences for the food supply chain.”

Increasing the demand for corn and diverting its use from food to fuel would result in more expensive food products and higher prices for consumers, Green added.

According to a 2013 PricewaterhouseCoopers study, the corn ethanol mandate, implemented as is, will increase chain restaurant food costs by up to $3.2 billion annually, translating to an estimated $18,000 in increased costs for a typical chain restaurant location.

The study commissioned by NCCR confirmed the organization’s suspicion that the RFS contributed to the increase in food commodity prices seen over the past few years.

Led by restaurant chains like Wendy’s, Darden and Carlson Restaurants, NCCR and its members launched the “Feed Food Fairness: Take RFS Off the Menu” campaign against the mandate to educate the public about the policy and its many unintended consequences.

Be´ Wierdsma, co-owner of a Carl’s Jr. restaurant in California, migrated from Holland more than 40 years ago in pursuit of the American Dream, but said the ethanol mandate is putting his dreams at risk.

“This mandate has embedded a longstanding premium in food prices, resulting in more expensive food products for our customers,” Wierdsma shared on the campaign’s website. “The mandate is a losing proposition for our consumers, the creation of jobs and the opening of new restaurants. We need relief now.”

NCCR is the leading trade association exclusively representing chain restaurant companies and has worked to further public policy that benefits restaurant businesses and their employees for more than 40 years.