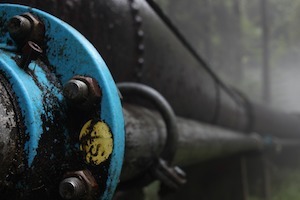 President Barack Obama recently signed the Protecting our Infrastructure of Pipelines and Enhancing Safety (PIPES) Act of 2016 into law, allowing for reform of the Pipeline and Hazardous Materials Safety Administration (PHMSA) that will make it more efficient and transparent.

“We came together, Republicans and Democrats, to improve pipeline safety, and we got the job done with this important law. Every day, American families and businesses depend on safe and efficient energy transportation. The PIPES Act will ensure that our nation’s 2.6 million miles of pipelines continue to provide critical access to energy, and we are proud of the bipartisan work that made this effort a success,” said the sponsors of the original House legislation, including U.S. Rep. Fred Upton (R-MI), chair of the Energy and Commerce Committee, and U.S. Rep. Frank Pallone Jr. (D-NJ), Energy and Commerce ranking member.

The President’s signature follows Senate approval of a House amendment to S. 2276 earlier in June and Senate advancement of the final bill last week. In the House, the bill was a bipartisan effort from members of the Energy and Commerce Committee and the Transportation and Infrastructure Committee.