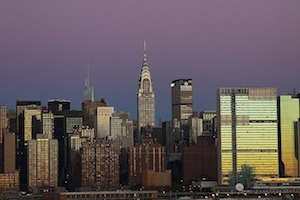 The Environmental Protection Agency (EPA) and the City of New York recently finalized an agreement on one of the key components in the Gowanus Canal, a combined sewage and storm water overflow (CSO) retention tank.

The tank is one of two that will be installed as part of the cleanup efforts. The agreement recently finalized comes after consideration of public comments derived from a 45 day period. It determines the size and location of the tank, which will be the larger of the two at 8 million gallons, and stipulates that New York City will prepare the tank location and pay for the EPA’s oversight costs.

“The New York City Parks Department prefers not to have a large sewage retention tank permanently located in a city park,” EPA Regional Administrator Judith A. Enck said. “The EPA is committed to preserving urban parkland and worked with the City of New York on this alternate location. This alternate location meets the dual goals of cleaning up the canal while also protecting urban parkland.”

The Gowanus Canal sediment and water are contaminated with materials like polycyclic aromatic hydrocarbons (PAHs) and heavy metals, leading it to be added to the EPA’s Superfund list in 2010. The agency issued a final cleanup plan for the site in September 2013.