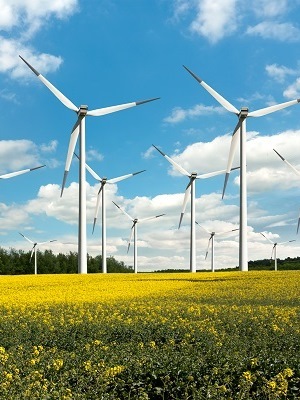 The U.S. Supreme Court may have stayed the Environmental Protection Agency’s (EPA) Clean Power Plan (CPP), but the agency’s continued effort to work with states seeking to comply with the halted rule is having a “deleterious effect” on states and regulatory entities fearful that if they do not continue to plan and work toward compliance with the plan, they will not have enough time to meet the EPA’s original deadlines.

Allison Wood, a partner at Hunton & Williams LLP, testified during a U.S. Senate Committee on Environment and Public Works’ hearing last week that states waiting for a final ruling by the U.S. Court of Appeals on the legality of the CPP should not be intimidated by statements that insinuate the EPA will not extend the plan’s deadlines.

“This fear effectively negates the relief provided by the stay,” Wood told the committee. “States and regulated entities should be able to rest secure in the knowledge that if the power plan is ultimately upheld, that all the deadlines will reset, and that they will not have any less time to prepare than they would have had in the absence of the stay.”

The CPP is EPA’s response to global warming. The agency estimates that by enforcing a clean energy plan, the nation would become less dependent on coal and rely more on renewable energy sources, reducing carbon emissions levels by 32 percent of what they were in 2005 by 2030.

Although the plan has faced tremendous resistance — with 27 states opposing the plan’s stringent regulations — more than a dozen state environmental agency officials have sought additional information and technical assistance related to CPP compliance.

Wood, who has practiced environmental law for 18 years, said that the problem is that in trying to provide additional tools to the states that want to continue to work with the EPA, the agency “ends up forcing” other states and regulated entities to work toward compliance against their will.

“For example, if EPA issues a proposed rule, which it is planning to do with the Clean Energy Incentive Program (CEIP), states and regulated entities need to comment on the proposal or risk not having any say in the design or implementation or aspects of the power plan,” she said. “In addition, with any final rule EPA may issue, such as the Model Trading Rules, the states and regulated entities have to decide whether to litigate these rules or waive their right to judicial review.”

The CEIP is a program that rewards states for early investments in renewable energy generation and demand-side energy efficiency measures that generate carbon-free MWh or reduce end-use energy demand during 2020 and/or 2021.

The EPA has indicated that state participation in the program is optional.