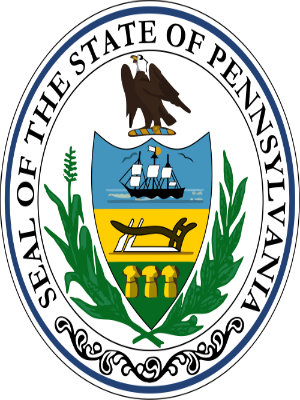 Specifically, Pippy is referring to the U.S. Environmental Protection Agency’s (EPA) Clean Power Plan (CPP), which is currently on hold following the U.S. Supreme Court’s February stay on the regulation.

“These regulations have become less about setting achievable industry goals and more about forcing federal oversight into areas which state primacy has previously presided,” Pippy wrote in an op ed earlier this year.

Currently, the stay on the CPP is in effect until legal challenges have been determined. At the same time, the decision halts the timeline on state plan submissions, which initially were due this September. Pippy has cautioned legislators on early compliance with CPP, pointing out that developing a compliance plan to meet the stricter carbon emissions standard will be costly.

“This is not just retrofitting existing plants with available technologies, but taking offline existing power-producing plants, replacing them with less reliable and more costly new sources and building out the transmission infrastructure statewide,” Pippy said. Pippy served 16 years as a Republican member of Pennsylvania's Legislature, eight years in the Pennsylvania House and nine years in the Senate, before taking the helm of the Pennsylvania Coal Alliance in 2012. He also currently holds the rank of lieutenant colonel in the Pennsylvania Army National Guard.

As one of the nation’s top energy-producing states with the most to lose by rushing compliance, Pippy said that Pennsylvania should prudently apply for and take advantage of the two-year extension being offered.

Furthermore, given Pennsylvania’s current fiscal status, Pippy said there are serious concerns regarding the resources that would be wasted attempting to develop a compliance plan, at the expense of the taxpayers, for a rule that may significantly be altered or thrown out entirely by the federal courts.

He added that the Pennsylvania Coal Alliance — on behalf of the Commonwealth’s energy economy, the men and women whose jobs are supported by the coal industry and every state resident and business that relies on affordable electricity — has urged the Gov. Tom Wolf's Administration to cease all processes for compliance plan development until the final legality of the CPP is determined.

“Unfortunately, comments from the Wolf Administration that the rule is still 'in effect' demonstrate either an utter lack of understanding of the legal significance of a stay, or a complete disregard for the ruling of United States Supreme Court,” Pippy said.

In fact, the stay suspends all deadlines, implementation and enforcement until the Supreme Court makes a final ruling on its legality, which isn’t expected until 2017 or 2018. If the regulation is overturned in part or full, all efforts by states will be a waste of taxpayer resources, according to the alliance.

“If the CPP is found to be unlawful, Pennsylvania will be left with strict, federally enforceable guidelines for its energy policy, crippling the economy beyond competitive repair and disadvantaging it to other states that waited and weighed the cost of compliance,” Pippy said.

And the clock is ticking. Oral arguments before the D.C. Circuit Court of Appeals begin June 2 and include lawsuits filed from 27 of the 47 states that are subject to the regulation, 24 national trade associations, 27 rural electric cooperatives, 10 major companies and three labor unions.