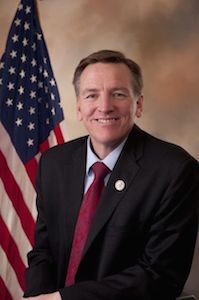 U.S. Rep. Paul A. Gosar (R-AZ) recently condemned the U.S. Fish and Wildlife Service for extending the public comment period on proposed boating restriction for Lake Havasu for 30 days instead of the 60 days he and community members had requested.

“Even after more than 1,000 passionate citizens showed up last week in Lake Havasu City in opposition to unjustified boating restrictions, the Service continues to blatantly ignore the will of the people,” Gosar said. “This type of tone deaf bureaucratic behavior has built an unprecedented level of distrust and frustration between the federal government and the American people.”

Gosar and other congressmen requested an extended public comment period on the service’s draft recreational boating Compatibility Determination (CD) for Havasu National Wildlife Refuge on April 29. The agency is now accepting public comments on the issue, and will continue to do so until June 13.

“…[T]he Service appears hell-bent on forcing unwarranted boating restrictions down the throats of local stakeholders,” Gosar said. “If the Service really cared ‘about soliciting public input from all users’ then it would have met these users’ request and extended the comment period an additional 60 days. I will continue to do everything in my power to fight these misguided boating restrictions that are not based on science. Service officials can hide behind the curtain when it comes to public scrutiny, but they can’t hide from me.”