The Heritage Foundation: CPP would impact economy, not climate change 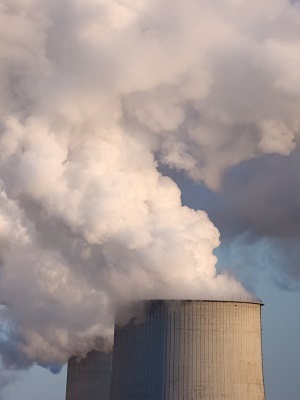 President Barack Obama’s Clean Power Plan (CPP), touted as the solution to global warming caused by carbon emissions, may not have much impact on global temperatures, according to the Heritage Foundation.

Furthermore, by burdening states with the responsibility of figuring out how to comply with the regulations, the Environmental Protection Agency (EPA) is allowing state officials to take the heat for the repercussions of the plan.

Nicolas D. Loris, Herbert and Joyce Morgan Fellow in the Thomas A. Roe Institute for Economic Policy Studies at The Heritage Foundation, wrote an article on the problems associated with the proposed regulations, and urged both state and federal officials to reject the plan.

“Both Congress and the states need to step forward and reject these regulations entirely, not succumb to the executive branch’s coercion,” Loris wrote. “Congress should pass legislation, use the Congressional Review Act, or prohibit funding for implementation of the regulations. State officials should understand that no matter how much flexibility the EPA grants them, their citizens come out on the losing end.”

The plan will also regulate carbon emissions from existing power plants. By 2030, these regulations will reduce carbon dioxide emission levels by 32 percent from what they were in 2005, the CPP estimates. Individual states must begin meeting interim targets by 2020.

The problem with the CPP is the higher energy costs and job cuts Americans will face as a result.

Loris explained that because energy is such a vital commodity, restrictions on fuel produced by carbon will “significantly harm the U.S. economy” and Americans will almost certainly see an increase in prices beyond energy.

“Companies will pass higher costs on to consumers or absorb the costs, which prevents hiring and new investment," Loris wrote. "As prices rise, consumer demand falls, and companies will drop employees, close entirely, or move to other countries where the cost of doing business is lower. The result is fewer opportunities for American workers, lower incomes, less economic growth, and higher unemployment.”

The effects will be felt the most by manufacturers and their employees, and low-income and fixed-income families.

What’s even more troubling is that in exchange for higher costs and unemployment, the American people will gain close to nothing in return, with regulations averting “a meager –0.018 degree Celsius (C) of warming by the year 2100,” according to an Heritage analysis referenced Loris.

What this proves, Loris concluded, is that President Obama’s climate plan will impact the U.S. economy, not climate change.