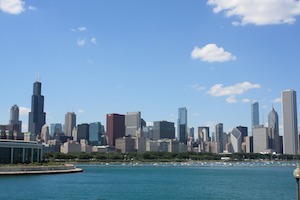 The GLRI has provided funding for nearly 3,000 projects, for a total topping $1 billion, since its launch in 2010. It works to protect and restore the Great Lakes, which are the world’s largest fresh surface water system. The GLRI’s focus areas, in keeping with this year’s grants, are restoration work in Areas of Concern, nutrient reduction, invasive species control and habitat restoration.

The largest grant awarded in this cycle was $650,000, awarded to the Nature Conservancy for invasive species control in Lake Erie, while the smallest was $298,869, given to Ozaukee County for the same in Lake Michigan.