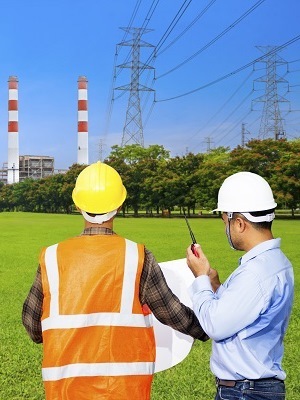 In light of the U.S. Supreme Court issuing a stay on the Clean Power Plan (CPP), a legal expert said regulators at the Arizona Department of Environmental Quality (ADEQ) should halt all preparations to comply with the CPP until the matter is resolved in the courts.

Last February, in an unprecedented decision, five conservative Supreme Court justices, including the late Antonin Gregory Scalia, put the Environmental Protection Agency’s (EPA) Clean Power Plan (CPP) on hold by ruling that states should not be forced to pay the high costs imposed by the plan.

The ruling came after 27 states, including Arizona, sued to halt the elaborate plan set to impose strict regulations on local governments, which the CPP has estimated to cost between $28 billion and $39 billion in 2030 — a far cry from the amount it will take to address problems created by climate change, CPP supporters have argued.

The justices relegated the matter to the D.C. Circuit Court of Appeals to determine the legality of the CPP. A decision from the lower court is not expected until later this year, with oral arguments set to begin in early June.

“I think it is an interesting situation,” Clark Packard, Counsel and Government Affairs Manager for the National Taxpayers Union, told EP News. “From my understanding it was virtually unprecedented for the United States Supreme Court to enter the stay after the D.C. Circuit had declined to stay the regulation.”

The reason why Arizona regulators should wait for a final decision regarding the CPP before taking any action to comply with regulations is because of what happened in another EPA case, Packard said.

EPA may have lost the case, but it emerged as the winner in the case because power plants had complied with the rule while litigation continued, which could explain why the Supreme Court decided to halt CPP regulations this time.

“I think that it is going to be an interesting case to follow because it is a unique argument for the authority the EPA is using,” Packard said.

Packard added that the stay implies that the Supreme Court has “serious reservations” about EPA’s authority to enforce the regulations outlined in the CPP.

The EPA estimates that by 2030, standards set in place by CPP will have reduced carbon dioxide emission levels by 32 percent from what they were in 2005.

The plan promises to protect the health of American families, boost the economy and save American families money on high energy bills. It gives each state a specific emissions goal, and leaves it up to each state to decide how it will reach that goal.

The plan, which has viewed as the most aggressive effort to reverse the effect of climate change, has received a lot of criticism from conservatives, who argue that reduction in dependence on coal will significantly increase energy costs.

So is this is a case of overreach by EPA and the Obama administration?

“Yes,” Packard said. “That is what my reading on the position is. We are certainly not alone and obviously there are lawyers on the other side acting in good faith so I think it will be interesting to see. I am an attorney and so I look at this from a policy lens — yes — but also I put on my legal hat and I think it is going to be really interesting to see what happens.”