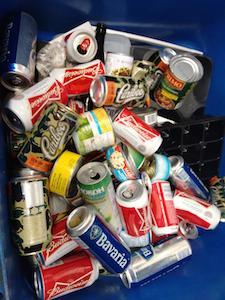 Teenagers Laurel Stelter, from Pella, Iowa, and Cameron Gehlert, from Linn, Missouri, recently won the 2015 President’s Environmental Youth Award (PEYA), which is an annual recognition of environmental efforts from students in K-12.

Both students were honored by the White House and the Environmental Protection Agency, which jointly run the PEYA program, for passionate promotion of recycling programs in their communities.

A cycling enthusiast, Stelter’s work focused on the Des Moines Register’s Annual Great Bicycle Ride Across Iowa (RAGBRAI). Stelter had taken part in three RAGBRAI events and each year noticed the waste left behind in communities along the route. Her mother challenged her to do something about it, so she developed a project that educates those communities about recycling and enlists their aid in making RAGBRAI more sustainable and environmentally friendly.

Gehlert developed a passion for recycling in fourth grade that only got stronger as he moved through middle school and high school, to the point that he received a cardboard baler as a Christmas present in 2014. He has used that baler to recycle more than two tons of cardboard, promoting recycling programs at his school and with local businesses, and scores 18-gallon tubs of paper and other material every two weeks.