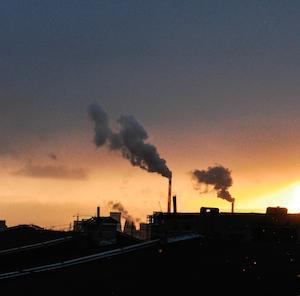 The Environmental Protection Agency (EPA) recently released the Inventory of U.S. Greenhouse Gas Emissions and Sinks (GHG Inventory), its 21st edition of the document that shows a 9 percent reduction in emissions since 2005.

The newly released GHG Inventory covers data through the end of 2014, presenting an overview of emissions since the first inventory in 1990. In 2014, the U.S. was responsible for 6,108 million metric tons of carbon dioxide equivalent emissions, with power plants being the largest source of emissions at 30 percent of that figure. Transportation was responsible for 26 percent, followed by industry and manufacturing with 21 percent. Increased fuel use in the residential and commercial sectors — mostly triggered by an increase in heating use that winter — and in the transportation sector resulted in a 1 percent increase in greenhouse gas emissions between 2013 and 2014.

This minor variability from year to year is expected even though the overall trend shows greenhouse gas emissions reducing over the long term, especially in the last decade as the energy sector moves toward low-carbon solutions and as renewable energy becomes cheaper and more efficient.

In accordance with President Barack Obama’s Climate Action Plan, the EPA is pushing for greenhouse gas emissions across sectors, through regulatory and voluntary efforts.