RSC proposes undoing the Clean Power Plan, other Obama 'experiments' that have harmed the economy 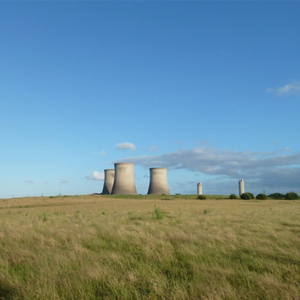 Power Plant | MorgueFile/thesuccess
A Republican Study Committee (RSC) report urges the repeal of the Clean Power Plan (CPP) and other "experiments" from the Obama Administration that have left "too many Americans are struggling to make ends meet,”

The unemployment rate may have declined slowly over the last few years, but the drop has overshadowed the reality that millions have abandoned the workforce altogether and wages have become stagnant, the report concludes.

“Since the beginning of President Obama’s first term, 13.5 million more people have decided that they are no longer a part of the workforce — the equivalent of everyone in New York City, Chicago, and Houston all deciding they are better off if they stop working or searching for a job,” the report stated.

President Obama’s Stimulus Package designed to remedy the 2008 economic recession was the beginning of a series of “unprecedented experiments” by a government eager to interfere in economic affairs. Such programs, the report contends, include Obamacare, TARP, Dodd-Frank, the Clean Power Plan, the Stimulus and increased taxes on the rich.

“Despite the Administration’s repeated promises, these monolithic Washington edifices have not been pillars of economic growth, nor have American families seen them usher in higher incomes or increased opportunity,” the report said.

Instead of everyday families benefiting from government initiatives, such policies redistribute the taxpayers’ money to “the politically well-connected.”

So how can the country resolve this issue?

Conservatives believe the solution is very simple when it comes to government: less is more.

According to the RSC, what Americans need is not more bailouts for more people, but a reversion to the principles that made America the most powerful and prosperous country in the history of the world.

To do so, the country needs to pursue a number of initiatives — optimize American energy production, reform federal labor laws, promote transparency and accountability in the regulatory process, create incentives for investing in local businesses and expand free trade.

This will grow the economy and create new jobs, the RSC contends.

First, the RSC proposes placing a regulatory freeze for the remainder of Obama’s presidential term, banning any new, significant regulatory action that would cost the economy more than $50 million to implement through Jan. 21, 2017.

The freeze would allow presidential waivers for national security, emergencies, health and safety, and would be subject to congressional disapproval.

In addition, a midnight rule relief would ban any administration from implementing a new significant regulatory action costing more than $50 million to implement, “or any regulation that would cause significant harm to any sector of the economy, during the so-called 'lame duck' period between a presidential election and the pursuant inauguration.”

This provision would also permit the same presidential waivers mentioned above and give citizens the ability to recover from close to eight years of “damaging rules handed down by Obama Administration bureaucrats.”

According to The George Washington University Regulatory Studies Center, Obama has the highest cumulative number of economically significant regulations published during his presidency compared to the two previous presidents.

“Federal agencies should be required to measure the effect of a proposed regulation on the economy and allow those affected by mandates to weigh in on the regulation. These reviews would increase the transparency of the true costs of federal mandates on state and local governments as well as the private sector,” the report stated.

Next, the RSC proposes to capitalize on America’s energy production.

With a country so rich in energy reserves and mineral resources on public lands, the RSC believes tapping into domestic energy resources would not only reduce America’s dependence on foreign oil, but would create jobs.

The RSC proposes measures that would permit states to develop resources on federal land within their borders and prohibit the federal government from implementing any hydraulic fracturing regulations within states already governed by their own regulations.

RSC’s proposal would also open up new areas of the Outer Continental Shelf for domestic energy production, repeal the ban on energy exploration in the Arctic National Wildlife Refuge, and approve the Keystone XL pipeline — a project that will reportedly create 40,000 jobs.

Next on the RSC’s agenda would be to pull the plug on the Obama Administration’s Clean Power Plan (CPP), which was set to shut down numerous existing power plants until the Supreme Court intervened.

On Feb. 9, after critics argued that the plan was a classic case of federal overreach, the U.S. Supreme Court halted the President’s plan and ruled that states should not be forced to pay the high costs imposed by the plan. The Supreme Court relegated the matter to a lower court to determine the legality of the CPP.

A decision from the D.C. Circuit is not expected until late 2016.

The Supreme Court ruling marked a victory for the 27 states suing to stop the massive plan that imposed strict regulations on local governments.

According to the report, the CPP could cost the economy between $41 billion and $73 billion per year.

In addition to putting an end to the CPP, the RSC would halt other anti-energy Environment Protection Agency regulations like the Ozone rule, which has been called “the most expensive regulation of all time.”

Another way to create jobs is to release the tight grip unions have on employers by supporting legislation that would give employers with workers under a union contract the liberty to award bonuses and pay raises to employees without prior permission from union bosses, and would reverse the National Labor Relations Board’s (NLRB) Joint Employer ruling.

Finally, the RSC proposes to eliminate some of the regulations governing community banks and credit unions, which would allow local financial institutions to lend to small businesses and invest in their own communities with more ease, and embrace free markets by eliminating the Export-Import Bank.