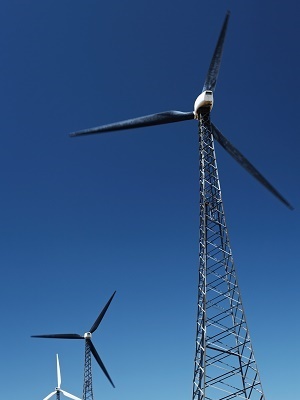 Utilities are divided when it comes to their reaction to the Environmental Protection Agency’s (EPA) Clean Power Plan, yet the Edison Electric Institute (EEI) remains confident they can adapt accordingly.

That's because utility companies are vastly different in their energy mix. For utilities with a diversified generation mix, the change may be smoother. Utilities that rely heavily on coal will struggle more to meet the EPA’s deadlines.

“Thomas Kuhn, EEI president, recently said that the Clean Power Plan (CPP) is ‘the most comprehensive, far-reaching regulation ever promulgated by the federal government to impact the electric power sector and will significantly change electric utility operations well into the future’,” Brian Reil, EEI media relations officer, recently told EP News Wire. “EEI did raise a number of issues about the plan, but the EPA responded to some key concerns.”

Despite some concerns, the EPA seems to have set up reasonable timelines for most companies to reach compliance.

“While we are still reviewing and analyzing the rule’s specifics and the impact of the restructured interim goals, the final guidelines appear to contain a range of tools to maintain reliability and better reflect how the interconnected power system operates,” Kuhn said.

EEI is confident that any challenges can be overcome, and are working with states to create reasonable plans. EEI and its member companies will continue to work with the states as they develop plans that meet their energy needs, Reil said.

The utility industry is making considerable investments in renewables and in infrastructure required to deliver renewable energy to customers.

Reil explained that the Clean Power Plan, introduced last year, requires each state to submit a plan by September 2018 on how it aims to reduce carbon emissions from power plants. By 2030, each state will have to reduce carbon emissions according to the plan approved for that state. It will lead to an overall 32 percent reduction in the U.S. carbon dioxide emissions compared to the levels in 2005. Thus, the impact of the CPP on utilities varies by each state.

“Power sector CO2 emissions and carbon intensity have dropped by about 17 percent and 11 percent, respectively, since 2000, according to EEI data,” Reil said. “EEI cited an Energy Information Administration projection that non-hydro renewables will more than triple from 2010 levels by 2040.”

Reil explained that while the coal industry took the hardest hit, renewable energy sources benefitted the most from the new regulations and goals. States that have a more diverse mix will be able to meet EPA goals the easiest.