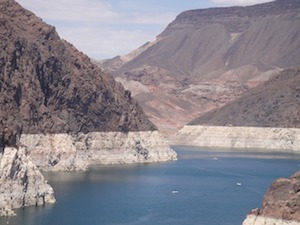 The Environmental Protection Agency (EPA) recently approved Nevada’s list of impaired waters, which includes 2,500 miles of streams and 80,000 lake acres, and proposed the addition of the state portions of two rivers in its northeast region.

The state used monitoring data covering more than 6,500 miles of perennial streams and 228,000 acres of lakes and reservoirs to determine which waterways do not meet water quality standards, and therefore belong on the impaired water list. Most of the waters included do not meet the standards due to increased levels of nutrients, toxic metals and high temperatures.

In its approval of the state’s impaired water list, which is required by the Clean Water Act, the EPA proposed that Nevada add portions of the South Fork Humboldt River and the North Fork Little Humboldt River due to the levels of mercury in fish found within them

”Clean water is essential to the health of Nevada’s residents, economy and wildlife, especially during times of drought,” EPA Water Division Director for the Pacific Southwest Tomás Torres said. “EPA works in close partnership with the state of Nevada to identify waterways in need of added protection so that residents can enjoy the many picturesque rivers and lakes that Nevada has to offer.”