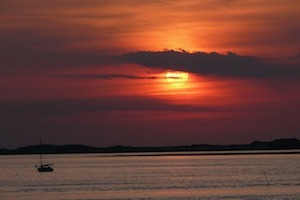 Cape Cod
The Environmental Protection Agency (EPA) is proposing an agreement with the Massachusetts Army National Guard that would allow for training with a Percussion Activated Neutralizer (PAN) at Joint Base Cape Cod’s (JBCC) Camp Edwards.

The EPA has issued several administrative orders for the base, at which it has a regulatory role to protect the Cape Cod Aquifer. The proposed agreement would modify a 1997 Safe Drinking Water Act Administrative Order, which suspends several military training activities to prevent contaminants from training devices from entering the water source.

Based on information provided in the National Guard’s August 2015 letter, the EPA does not anticipate the chemical makeup of the PANs to impact the aquifer. If approved, the agreement would still require the training activities to use the devices as described in the letter and to comply with the conditions created by the Environmental Management Commission.