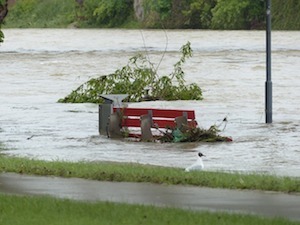 The Environmental Protection Agency (EPA) recently joined the White House Office of Science and Technology Policy and seven other federal agencies in releasing a report on the ways in which climate change impacts public health in the United States.

The report, titled “The Impacts of Climate Change on Human Health in the United States: A Scientific Assessment,” concluded that everyone living in the country is vulnerable to health impacts due to climate change.

The report finds that by the end of the century groups vulnerable to extreme heat, including children, the elderly and socially disadvantaged and isolated groups, amongst others, would be more likely to die prematurely. Higher temperatures would also lead to increased ground level ozone formation and, therefore, increased air pollution, which decreases productivity and can result in an increase in hospital visits and premature deaths. Wild fires, which contribute further to poor air quality in addition to their more direct damage, are also more likely in warmer temperatures.

Climate change is also contributing to the range and seasonality of diseases like Lyme disease and West Nile virus. It will impact the country’s food sources, particularly those of indigenous people, who often rely on wild and traditionally cultivated foods, but also farming operations, as flooding is predicted to increase outbreaks of Salmonella and E Coli. In addition to the physical impacts of extreme weather events, those impacted are expected to experience post-traumatic stress disorder, depression and anxiety.