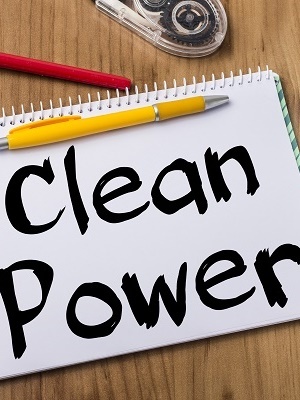 The Obama Administration presented the Clean Power Plan (CPP) as the solution that would lead the country away from its heavy dependence on coal and curb greenhouse emissions, protect the health of American families and boost the economy.

Yet many experts now believe the initiative could prove problematic for the nation’s natural gas industry.

“Like many observers, my initial view of the CPP was that the coal industry was the big loser,” Michael Krancer, petrochemical and natural resources practice group leader at Blank Rome LLP, wrote in a Forbes column. “That much is indisputable; but when the final plan was first unveiled, many observers, including myself, overlooked the punch in the nose that the CPP is on natural gas, too. But it has become clear to many experts, and to me, that the final CPP was quite a Trojan Horse to natural gas power generation.”

The Environmental Protection Agency (EPA) estimates the CPP could cost between $28 billion and $39 billion in 2030, much lower than the amount required to address problems created by climate change, supporters said.

On Feb. 9, after critics argued that the plan was a classic case of federal overreach, the U.S. Supreme Court halted the President’s plan and ruled that states should not be forced to pay the high costs imposed by the plan. The Supreme Court relegated the matter to a lower court to determine the legality of the CPP. A decision from the D.C. Circuit is not expected until late 2016.

The Supreme Court ruling marked a victory for the 27 states suing to stop the massive plan that imposed strict regulations on local governments.

The natural gas industry has grown significantly within the last decade due to the decrease in commodity prices and competition. Not only did natural gas become more affordable, more reliable and more efficient than it had ever been, its use greatly reduced greenhouse gas emissions in the country.

“Despite the lower carbon emissions of natural gas generation, the CPP’s authors (both the secret and the public ones) had one agenda item: to kill all hydrocarbon fuels, not just coal,” Krancer wrote. “They did a good job of doing just that in the final CPP. Consider the differences between the draft, released in June 2014, and the final CPP rules, issued in August.”

When President Barack Obama and EPA initially announced the plan last August, renewable energy (wind and solar) was to account for 22 percent of power generation. However, in the finalized plan the amount increased to 28 percent. In addition, the draft version stated that up to 335,000 GWh of new renewables would be generated annually by 2030. In the final plan, the amount was raised to 706,000 GWh.

“So, while the conventional wisdom drawn from the draft plan is that natural gas had dodged the green radicals’ bullet, the drafters of the final plan were secretly lining up the sniper shot for it in the final plan," Krancer, a former secretary of the Pennsylvania Department of Environmental Protection, wrote. "The final plan picks the winners, i.e., renewables, and the losers, i.e., anything that’s a hydrocarbon."

In an article for The Hill, energy and environmental reporter Timothy Cama described the shift in the final version of the plan as the end of “President Obama’s love affair with natural gas.”

“The President once touted natural gas as an essential clean bridge fuel to wean the United States off dirtier fossil fuels and onto renewable energy, and it was seen as a key to his landmark climate change rule for power plants,” Cama wrote. “But when Obama unveiled the finalized rule this week, he barely spoke about natural gas. Instead, the Environmental Protection Agency boasted that the new regulation will accommodate a large transition from coal power directly to renewables like wind and solar, skipping over natural gas altogether.”

Many in the natural gas industry were angered by the change. For now, CPP critics can exhale. Even though the D.C. Circuit court is yet to rule, the Supreme Court’s stay will remain in effect until 2017.

“I was wrong when I concluded that the CPP isn’t a mad dash to renewable energy. It is, and it takes a page from the Soviet-style planned economy — in this case, a national electricity economy,” Krancer wrote. “However, thanks to the Supreme Court and the imminent end of the Obama Administration’s second term, the CPP might never happen. Now, the natural gas power industry would do well to fight for a better plan that respects its central role in U.S. power generation.”