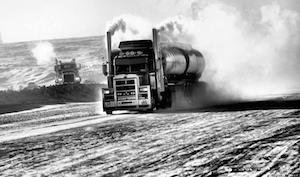 A recent report from the Environmental Protection Agency (EPA) found that actions taken through its Diesel Emission Reduction Act (DERA) program have generated up to $13 in public health benefits for every $1 spent.

“This report shows that our diesel program is providing immediate health benefits while cutting the pollution that contributes to climate change,” EPA Pacific Southwest Air Division Director Deborah Jordan said. “We are reducing exposure to diesel pollution by funding cleaner trucks, trains, and heavy equipment, which helps communities that are disproportionately impacted, such as those near ports, rail yards and heavily traveled roads.”

The report was the EPA’s third to Congress on the program’s progress, and it shows that funding administered through the program has helped reduce 335,200 tons of nitrogen oxide, 14,700 tons of particulate matter and 4.8 million tons of carbon dioxide emissions. The California Air Resources Board (CARB) won a grant to retrofit 60 school buses throughout the state with Diesel Particulate Filters.

“The California Air Resources Board values its partnership with EPA under the West Coast Collaborative to implement DERA grants that reduce school bus emissions throughout our state and lower school children’s direct exposure to both cancer-causing and smog-forming pollution,” CARB Chair Mary D. Nichols said. “DERA grant funds provide much needed support for CARB’s Lower-Emission School Bus Program, which is administered in partnership with San Joaquin Valley Pollution Control District. It is safe to say that without DERA, many children in California would be breathing dirtier air during their ride to and from school.”