Abbott appoints four to Nueces River Authority Board of Directors 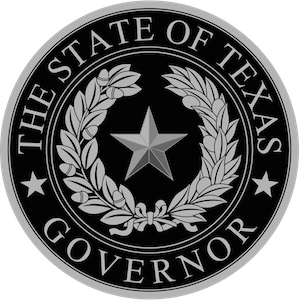 The Nueces River Authority administers environmental concerns in the river basin, including the control, employment and conservation of its waters as well as forestation and reforestation, groundwater, storm water, floodwater, water quality control, solid waste and parks and recreational facilities.

Beinhorn joins the authority with experience as a vice president with Citigroup, where he was for more than 26 years, and as CEO of Banque Heritage Asset Management. He will serve on the authority until Feb. 1, 2017.

Delano is a realtor with Re/Max Associates and, in addition to membership in local, regional and national real estate associations, she has previously served as president of the Junior League of Corpus Christi. She will also serve until Feb. 1, 2017.

Leyendecker, who will serve on the authority until Feb. 1, 2019, is a civil engineer and the president of LNV Inc. He volunteers with the Corpus Christi Mustangs and is a member of the American Water Works Association and the American Society of Civil Engineers.

Burton is a Texas Board of Legal Specialization certified Oil, Gas and Mineral Law attorney with Uhl, Fitzsimons, Jewett & Burton PLLC, where he is a partner. He will serve on the authority board until Feb. 1, 2019.

Office of the Governor Greg Abbott