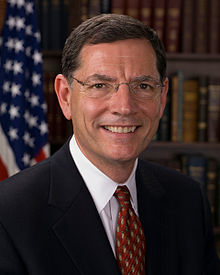 “Energy producers need the flexibility to tackle these emissions when and how it makes sense,” Barrasso said. “There are already too many rules on the books. The Bureau of Land Management has another methane rule in the works. More duplicative regulations will just raise costs for Americans — at a time when our economy is weak and emissions are already dropping. If the Obama administration really wants to reduce emissions from oil and gas wells, it should help the industry to capture this gas and to use it.”

“This doesn’t have to be a fight," Barrasso said. "We all agree that there is too much of this gas that has been vented or burned off at the oil and gas wells. Republicans know it, Democrats know it, energy producers know it. So why can’t we agree to let the industry build the gathering lines to help them capture the gas where it makes sense and how it makes sense?”