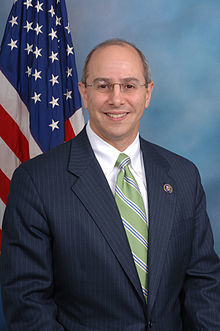 “The EPA has proven if you give an inch, the agency will take a mile,” Boustany said. “The Waters of the U.S. rule is a blatant abuse of power that threatens our farmers and has been condemned by Congress and the courts. We shouldn’t allow a single penny of funding to be used for the EPA’s power grab.”

The EPA issued its initial draft of the WOTUS rule on March 25, 2014. It presented an widened jurisdiction for the EPA, expanding the agency’s authority from the nation’s navigable waterways to all of the bodies of water that flow into those waterways, which could potentially include drainage ditches and ponds. The rule riled stakeholders from a number of industries, including Louisiana farmers who claim that it gives the EPA too much power over small waterways, which is inconsistent with the Clean Water Act.

Several states and industry groups have challenged the rule in the judicial system, resulting in a stay of implementation while the Sixth U.S. Circuit Court of Appeals progresses with the suit.