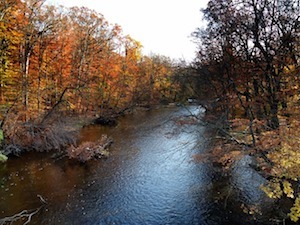 The Environmental Protection Agency (EPA) recently finalized a cleanup plan for the lower eight miles of the Passaic River, which will entail removing 3.5 million cubic yards of toxic sediment and capping the river bottom throughout that section.

“The Passaic River has been seriously damaged by over a century of pollution,” EPA Regional Administrator Judith A. Enck said. “Extraordinarily high concentrations of dioxin, PCBs, heavy metals and pesticides have robbed the people of New Jersey from being able to use this natural resource. The EPA’s cleanup plan will improve water quality, protect public health, revitalize waterfront areas and create hundreds of new jobs. This plan is one of the most comprehensive in the nation and will help restore a badly damaged river,”

The Passaic River is polluted due to consistent, heavy industrial activity in the area, with contaminants including dioxin, PCBs, heavy metals and pesticides, amongst others, and the lower eight miles of the river contain 90 percent of its contaminated sediments. The cleanup is expected to cost nearly $1.4 billion and is one of the largest Superfund projects the EPA has taken on.

“This workable, realistic remedy will reduce the ongoing threat to public health and the environment and, ultimately, will result in our goal of spurring economic growth along the Passaic River and throughout Northern New Jersey,” New Jersey Department of Environmental Protection Commissioner Bob Martin said.