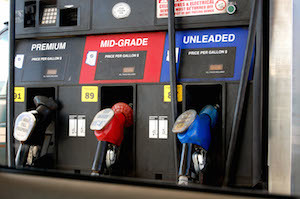 The Environmental Protection Agency (EPA) recently settled enforcement actions with nine gas stations in Alaska, Oregon and Washington, resulting in nearly $60,000 in penalties from eight stations and a prohibition on fuel delivery at two of them.

Four stations in Alaska, three in Oregon and two in Washington faced the enforcement actions, with all but one agreeing to undertake efforts to come into compliance with the EPA’s regulations for their underground fuel tanks, which fall under the Resource Conservation and Recovery Act. Those regulations require measures such as a maintained line leak detector system, which five of the nine stations were cited for violating, and regular line tests. Other stations failed to provide adequate release detection methods for their tanks, and two stations, one in Oregon and the other in Washington, caused petroleum releases on their properties by failing to monitor their tanks and piping.

According to the EPA, 2015 saw more than 6,800 new petroleum spills in the country, and there are currently more than 70,000 properties that are contaminated due to underground tank systems.