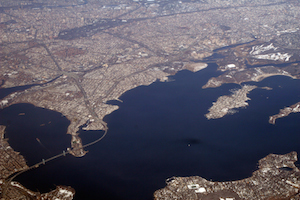 Long Island Sound
The Environmental Protection Agency (EPA) recently proposed revisions to its 2005 rule on the Central and Western Long Island Sound Dredged Material Disposal Sites, which would encourage the reduction of dredged material disposal in the Sound’s open waters.

The EPA’s proposed revisions would create standards and procedures that encourage alternatives to open-water disposal, such as using dredged sand to fill out area beaches. The rule would create an interagency Long Island Sound Regional Dredging Team to develop further alternatives.

The EPA designated the site as an area for dredged material disposal in 2005, but all projects seeking to use the site for disposal must still receive authorization and meet ocean disposal regulations. The Army Corps of Engineers completed its Dredged Material Management Plan for Long Island Sound (LIS DMMP), which includes options for open-water disposal alternatives in the region. The EPA plans to incorporate the standards and procedures identified in the LIS DMMP into its rule by May 10.

The EPA is accepting public comments on the rule until March 25, via email and mail, and will conduct two public hearings on the subject, on March 1 at Port Jefferson, New York and on March 2 at Stamford, Connecticut.