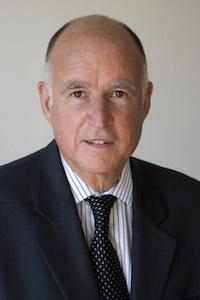 The leaders’ jurisdictions are both signatories to the Under 2 MOU, which now has the support of 127 jurisdictions spread across 27 countries and six continents. The MOU is an agreement between cities, states and countries to keep the global average temperature increase under 2 degrees Celcius. Jurisdictions party to the pact agree to reduce their greenhouse gas emissions by 80 percent to 95 percent of their 1990 levels or to limit their annual emissions to less than 2 metric tons, both by 2050.

California and the Netherlands are also both party to the Zero Emission Vehicle Alliance, and the governments share two Letters of Intent, one between the state and the Dutch Ministry of Infrastructure and the Environment reiterating the commitment to promoting zero-emission vehicles and one between California and the Netherlands Ministry of Economic Affairs to promote sustainable agriculture technology and practices.

"California and the Netherlands are part of a worldwide drumbeat of cities, states and countries who have seen the threat of climate change and are taking action," Gov. Brown said.