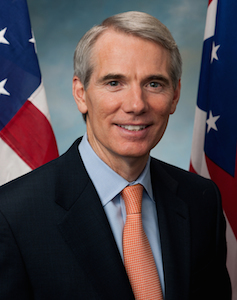 “It’s my understanding this is the first comprehensive energy bill to come to the floor of the Senate in seven to eight years,” Portman said. “It’s something that we ought to be focused on because it helps to create a better economy, it helps to ensure that we do have a protected grid, that we can indeed improve our infrastructure around the country in terms of energy. We're going to help to make America less dependent on foreign sources of energy.”

The bill, which Portman introduced with U.S. Sen. Jeanne Shaheen (D-NH), would encourage the use low-cost tools to make energy users more efficient and would require the federal government to use technologies to do the same. Measures employed in the ESIC are commercially available and intended to recoup their costs through energy savings.

By 2030, ESIC is projected — based on an American Council for an Energy-Efficient Economy (ACEEE) study — to create nearly 200,000 jobs, reduce national energy spending by $16.2 billion and reduce air pollution by the equivalent of 22 million cars.